The Saga of the Brothers Jarvis: Disqualification Based on Lack of Authority, Not Conflict of Interest 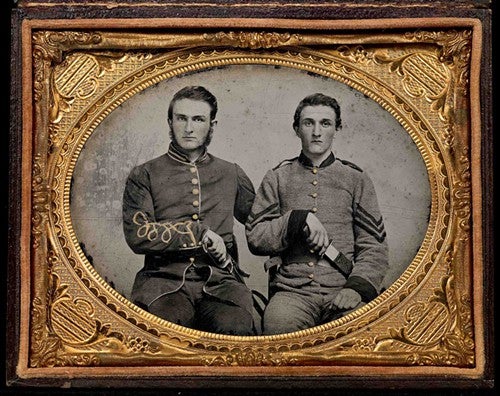 Todd and James in an earlier incarnation.

A novel conflict case from the Sixth Appellate District upholds a disqualification order not based on conflict of interest.  The saga of the brothers Jarvis begins with the formation of business entities by Mr. Jarvis and Mrs. Jarvis which involves the siblings Todd and James and ends with the brothers, who are also 50% partners each in a separate entity Jarvis Properties, hopelessly deadlocked regarding the management of their real estate holdings.  Litigation naturally ensues and Todd hires an attorney to represent himself and another attorney, to represent Jarvis Properties, one Roscoe.  James moves to disqualify Roscoe and gets his wish in the trial court, based on part on Corporations Code section 15904.6(a) which provides that a general partnership needs the authority of more than 50% of the general partners to act.

The Court of Appeal marches through a generous helping of disqualification law based on conflicts of interest, which is divided into three categories,  “conflicts of interests between clients: when counsel's simultaneous representation of a current client is adverse to the interests of another current client or when counsel's successive representation of a current client is adverse to the interests of a former client and, by reason of the former representation, the attorney obtained confidential information material to the current representation.”  Slip opinion at page 21.  After concluding that this law wasn't helpful on the apparently novel question of the conflicts based on lack of authority, the Sixth District examined State Bar formal ethics opinion 1994-137) addresses “a lawyer's ethical duties when in the course of representing a partnership the lawyer receives conflicting instructions from two of the partners in circumstances where it is unclear which partner's instruction the lawyer must follow.”

Unfortunately, the partnership agreement for Jarvis Properties doesn't provide the answer.  Neither does the Uniform Limited Partnership Act, the origin of section 15904.6(a).  The Court of Appeal finally turns back to the fundamental purpose of disqualification, to ensure public trust in the judicial process.  Questioning whether Roscoe has overstepped his boundaries as a lawyer in this statement that he would follow neither partner's direction in representing the partnership, the Court of Appeal discerns a risk that Roscoe, hired and paid by Todd, would not act in the best interest of the partnership.  On that basis, It finds the trial court did not abuse its discretion in disqualifying Roscoe.  The Court of Appeal recommends that he trial court explore some other mechanism to break the deadlock between Todd and James, such a receivership.

Will the Supreme Court take this one up? Or will it let the saga of the brothers Jarvis end with an unusual and interesting opinion that will certainly be cited in arguments to come.