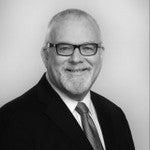 Mr. Carr is a 1986 graduate of Loyola Law School in Los Angeles. Following several years of practice in commercial law and business litigation, Mr. Carr joined the State Bar of California as a staff attorney in 1989. He served as counsel to the State Bar's audit and review panel from 1989 to 1992. Mr. Carr served on the National Organization of Bar Counsel's advisory committee to the American Bar Association's McKay Commission on discipline enforcement in 1991.

After the Supreme Court ordered a special dues assessment, Mr. Carr became an assistant chief trial counsel and manager of the general trials unit in Los Angeles in 1999. He also worked on discipline policy issues as the chief trial counsel's liaison with the State Bar's Committee on Professional Responsibility and Conduct (COPRAC) and the State Bar Court Executive Committee.

Mr. Carr returned to private practice in 2001 and his hometown of San Diego in 2002. He is a member of the San Diego County Bar Association, where he is active on the Legal Ethics Committee. Mr. Carr is a member of the Association of Professional Responsibility Lawyers (APRL), the ABA Center for Professional Responsibility, and the Association of Discipline Defense Counsel (ADDC), where he served as president from 2008 through 2011. He is also a member of COPRAC for the 2018-2021 term.  As an adjunct faculty member, Mr. Carr has taught responsibility at the Thomas Jefferson School of Law in San Diego.

Mr. Carr grew up in the South Bay suburbs of San Diego and attended high school in the small desert community of Borrego Springs. After high school, he attended UCLA, where he graduated with a degree in history in 1978.