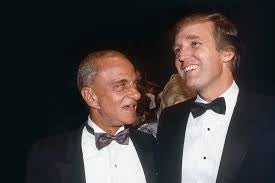 The reported exchange between President Trump and the former White House counsel Mr. McGahn regarding his note-taking shines a light on one of the bigger fault lines in legal ethics: the tension between the lawyer's role as an advocate for a client and the lawyer's responsibilities to others.  Not a perfect example because McGahan was not Trump's personal lawyer but for the Office of President, but close enough to illustrate some of the aspects of that fault line.

The fact that the distinction between his personal lawyer and White House counsel (and the Attorney General as well) seems to been lost the President is one aspect of that tension.  Lawyers for organizations are consistently called upon to remind corporate constituents that they don't represent them, and themselves need to be reminded by Rule 1.13.  Clear understanding of who the client is the first task of any lawyer, a task sometimes difficult in government service where the client is an abstraction speaking through an individual. Lawyers generally have no duty to communicate with non-clients but they have a duty to communicate the true facts of the relationship to non-clients who might reasonably believe they are clients (see Butler v. State Bar (1986) 42 Cal.3d 323.)

Rule 1.2.1 occupies a position directly over that fault line.  Oliver Wendell Holmes famously characterized the lawyer's duty as to zealously represent the client within the bounds of the law.   The conjures up the image of a race car speeding across the Bonneville salt flats and suddenly stopping on a dime.  Crossing the line can occur in many ways and unconsciously. Zeal can become zealotry, especially in emotionally charged representations. Clients want lawyers who care about their problems but lawyers must be sources of independent dispassionate advice.  Loyalty, money or the lawyer's own emotional needs can interfere with this balancing act.

While a lawyer cannot counsel a client to violate a law, a lawyer can inform the client about what the law is, whether the client's course of action might violate the law and what the consequences of that violation. In course of that give and take, the client may inevitably garner the information necessary to figure out how to violate the law with impunity.  Rule 1.4(a)(4) requires the lawyer to inform the client that the lawyer cannot advise the violation of the law, no matter what currents of meaning flow during the consultation.

An entertaining example of those currents of meaning is provided by what might be the best lawyer movie of all time, Anatomy of Murder, in the scene were lawyer Paul Biegler (Jimmy Stewart) first meets his client Lt. Manion (Ben Gazzara).  Manion has killed an innkeeper who allegedly raped Mrs. Manion (Lee Remick).  In the first meeting, Biegler tells Manion that he is “just explaining what the law is” but in the course of discussion, skillfully suggests to Manion exactly what facts he needs to hear to establish Manion's defense to murder (see Freedman, Lawyer Ethics in an Adversary System (1975) at pages 59-75.) 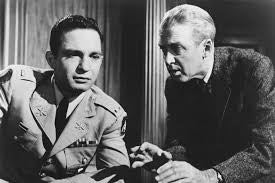 President Trump, according to Mr. McGahn, expressed a fondness for lawyers who don't take notes, presumably to reference to the late disbarred Roy Cohn.  Keeping important books and records is central to the concept of lawyering, to the point where the California Supreme Court has said that failure to do so“ is in itself a suspicious circumstance (Clark v. State Bar (1952) 39 Cal. 2d 161, 174.) When a client complains to the State Bar, the attorney-client privilege (and presumably, the duty of confidentiality) are waived and the State Bar's inquiry letter will ask for all communications and all notes detailing conversations with the client. If there is any prospect that the attorney-client relationship will go south, a lawyer would be wise to document interactions with the client.  Of course, it isn't always possible to document every conversation with a client and the 21st century has given us texting, perhaps the worst possible way to communicate between lawyer and client.  More than one lawyer has told me that all or most of their interactions with clients occurred through text messages and they have no way to recover them to disprove the client's allegations.

What President Trump's comments say about the nature of his interactions with Roy Cohn is best left to our fertile imagination, although given the well-documented information on the character of both, not too much imagination may be necessary. Rule 1.2.1 might be violated in subtle ways, but subtlety is not associated with either.  Mr. McGahn is a real lawyer; unfortunately, Roy Cohn was, too, at least until he was disbarred, and it probably takes no imagination to say that Rule 1.2.1 and its Model Rule equivalent are violated all the time.

Lawyers, take heed.  Take notes.  But also take notice the counseling a client can present an ethical challenge that you might not even be aware of.