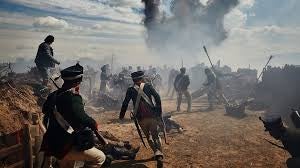 Even a Cliff Notes version of Roche is probably too long for this blog so I will try to boil it down to the essentials with some help from the Court, which laments that “While the ultimate issue may be put simply, that is not so for the case as a whole.”

In 2006, Ram's Gate Winery, LLC (Ram's Gate) purchased a Sonoma County winery from Dr.Joseph G. Roche (Roche) and his wife. Ram's Gate later sued the Roches for breach of contract, fraud, and negligent nondisclosure based on claims they withheld seismic information about the property and made misstatements concerning the ability to build on an existing building pad. The protracted litigation ultimately ended with Ram's Gate dismissing the action, Roche paying nothing to Ram's Gate, and Ram's Gate paying most but not all of Roche's attorney fees.

Roche then brought a malicious prosecution suit against Ram's Gate, two of its members, Michael John and Jeffrey O'Neill (collectively,Ram's Gate or the Ram's Gate defendants),along with their attorney, Thomas Hyde (collectively with Ram's Gate, the defendants), alleging they withheld documents in discovery that would have proved they knew or should have known the seismic information they claimed was kept from them when they bought the property from Roche.

The defendants filed special motions to strike the complaint as a strategic lawsuit against public participation(anti-SLAPP motions). Following denial of their anti-SLAPP motions, the Ram's Gate defendants and Hyde separately appealed. Though they largely take a common position in these now consolidated appeals, Ram's Gate and Hyde have appeared separately and have filed separate briefs, as they did in the trial court. Together, the defendants attack the denial of their anti-SLAPP motions from many angles—necessitating the extended discussion to follow—but at its core the single issue before us, put simply,is whether Roche made a sufficient showing that he was likely to succeed on the merits. We conclude he did and therefore affirm.

So far, the story doesn't seem that interesting. SLAPP specialists will appreciate the detailed discussion of the SLAPP issues. But the ethics lawyer's eye is caught by the Court's self-admittedly “harsh” view of lawyer's Hyde's conduct, and how it affects Ram's Gate”s advice of counsel defense:

The Ram's Gate defendants do not contend on appeal that evidence of their malice was lacking, but Hyde does. The singular aggressiveness of his position, in our view, betrays its weakness.

“Hyde is in the least credible position to make such a claim, since it was Hyde who discovered the Boudreau Report in the 2005 Due Diligence Binder before filing the underlying action. It was Hyde who, as the attorney representing Ram's Gate, was responsible for undertaking a reasonable investigation into the facts before making irresponsible accusations in a pleading.

Rather than acknowledge the possibility of any misjudgment, Hyde doubles down. The four-and-a-half-year record of withholding discovery, we are told, is not his fault. Roche, Hyde argues, is to blame because Simon was negligent in not serving a subpoena seeking production of the JHP Land I client files on the correct party.And according to Hyde, the only reason the JHP Land I client files were eventually produced was due to Hardy's “unethical” decision to produce materials from that file.He even claims to have no idea why Hardy failed to produce the Boudreau Report in the spring of 2012, as if his request of Hardy not to produce the client files of JHP Land I never happened.

Ultimately the sheer brazenness of the posture Hyde assumes may present credibility issues for the finder of fact to assess, but for now it adds nothing to the weight of his arguments. If anything, it detracts from them.

Whatever else happens here, the Ram's Gate defendants seek to preserve their ability to argue “[t]here can be no imputation to a client of his attorney's misconceived legal analysis so as to void the client's good faith reliance on his counsel's advice as providing probable cause.” (Brinkley v. Appleby (1969) 276Cal.App.2d 244, 247.) They point out that “non-attorney defendants can usually demonstrate the existence of probable cause, and thus avoid liability, by evidence showing that they relied on the advice of counsel in good faith after full disclosure of the facts.”(Downey Venturev. LMI Ins.Co., supra,66Cal.App.4th at p.496, fn.24; see also Sosinsky v. Grant (1992) 6Cal.App.4th 1548, 1556 [“‘Probable cause may be established by the defendants in a malicious institution proceeding when they prove that they have in good faith consulted a lawyer, have stated all the facts to him, have been advised by the lawyer that they have a good cause of action and have honestly acted upon the advice of the lawyer.'”].) About this, all we need say is that issues concerning any advice-of-counsel defense by the Ram's Gate defendants must be sorted out at trial.”

Emphasis added. California Rule of Professional Conduct 3.1 (former Rule 3-200) prescribes an ethical standard very similar to elements of malicious prosecution. Our Rule 3.4 “Fairness to Opposing Party and Counsel“, restating the substance of several former Rules, says that “a lawyer shall not…may not suppress any evidence that the lawyer or the lawyer's client has a legal obligation to reveal or to produce.”

There was no sequel to “War and Peace.” But Roche v, Hyde will have one when the matter is tried on remand. We don't know if it will be published but if so it may be a good read.